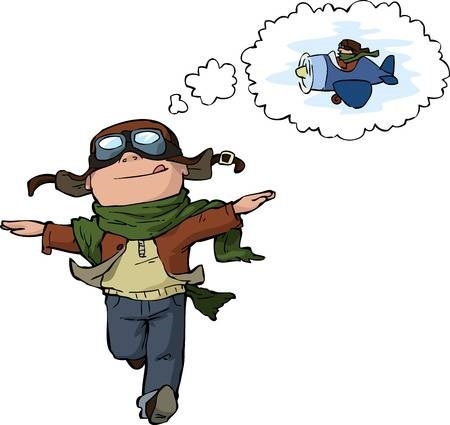 Did you know that summer is for dreamers?

Did you know that summer is for dreamers? It's true! Some of the greatest and grandest dreamers in history were either born in or saw their greatest successes come in summer, and their stories continue to amaze and inspire even today.

Take Henry Ford, for example. You've surely heard his name before, and you may even own one of the cars manufactured by his company! Born on July 30th, 1863, Henry's father always wanted him to become a farmer, just like himself. But Henry had bigger dreams. He didn't just want to plow, till, or plant. He wanted to create.

As early as age 15, he was already starting to make a name for himself. He was known as a watch repairman because he was so good at dismantling watches and putting them back together. The mechanical side of things always fascinated him. What started as a hobby eventually became a career. He worked on building horseless carriages for a time, and then engineered a Quadricycle. After that, he worked on horseless carriages again. Henry even founded two separate companies to help him in his work. Both companies failed, but Henry didn't quit. He kept dreaming, kept doing, and turned losses into the biggest win of all.

The second person on my list is Louis Bleriot, born July 1, 1872. Louis was the first man to fly across the English Channel in a "heavier-than-aircraft." He also created the first headlamp for cars.

It all started when Louis saw one of his countrymen experimenting with the concept of flight. Heavier-than-air flight was still theoretical and unproven, but Louis dreamed of becoming airborne. At first, he worked with other people to develop ideas together. After a while he began to build, and then fly aircraft of his own. He built eleven different models before he finally found one that worked. The Bleriot XI was the first successful aircraft he created, and it was the one that he flew to Great Britain for a $1,000 prize. At one point during the flight, a huge fog bank rolled across his flight path. Effectively blinded, he momentarily lost hope, but held his nerve and elected to keep flying straight. Suddenly, he saw the White Cliffs of Dover! The landing was a little rough due to the weather, but he made it. Louis Bleriot not only achieved his dream of flying, but became one of the first people in history to do it.

The third person on my list is none other than Walt Disney. Talk about a dreamer! When Disney started work on what would become the very first full-length animated feature film of all time- Snow White and Seven Dwarfs -  his colleagues tried to dissuade him. Industry insiders called it "Disney's Foley." But when the film premiered, it was a rampant success, generating over $8 million. (Over $130 million in today's dollars.)

But Disney's dreams didn't end there. In the 1940s, while visiting a theme park with his daughters, he got the idea of a park where children and their parents could have fun together. This was the birth of Disneyland, an enormously ambitious project. It took Disney years of planning before construction even started, and through it all, he faced engineering difficulties and financing problems. But he persisted, and when the park opened on July 17, 1955, Disney could rightfully say that he had created the greatest and most successful amusement park in the world.

And finally, another Louis. Louis Pasteur was born in France 1822. As a child, he wasn't very academically inclined. He didn't even do well in his chemistry classes. But that was soon to change. Science began to fascinate him more and more, and eventually he started researching a branch of chemistry known as crystallography. In 1848, he became a professor of chemistry at the University of Strasbourg. It was there that he met Marie Laurent, his future wife. They had five children, but three of them died from typhoid. His children's deaths motivated him to launch one of mankind's most important quests: cures for infectious diseases.

He started by studying cholera in chickens. He exposed the chickens to a strain of the disease, but the bacteria, he was using had gone bad and didn't work. When he tried to infect the chickens again with the same disease, he found that it wouldn't take. They had become immune.

Later on, he used the same vaccine on cattle that had been affected by anthrax. The cattle also lived, just as the chickens had. Next, he turned to rabies. He only tested it on 11 dog before attempting, on July 6, 1855, to save a little boy who had been attacked by a rabid dog. Luckily, the vaccine worked; else Pasteur might have faced prosecution. Instead, he was praised. Pasteur had effectively invented the concept of modern vaccination.

Thanks to his hard work and keen mind, Pasteur planted the seed that would eventually save millions of people from some of the most devastating diseases in the world. He had achieved his dream. Perhaps a little bit of luck was involved, but as Pasteur himself said, "Chance favors the prepared."

As you can see, summer is for the dreamers. No matter our background of circumstances, if we dream something, we can do it. So this summer, close your eyes and dream.

Who knows what you'll accomplish?