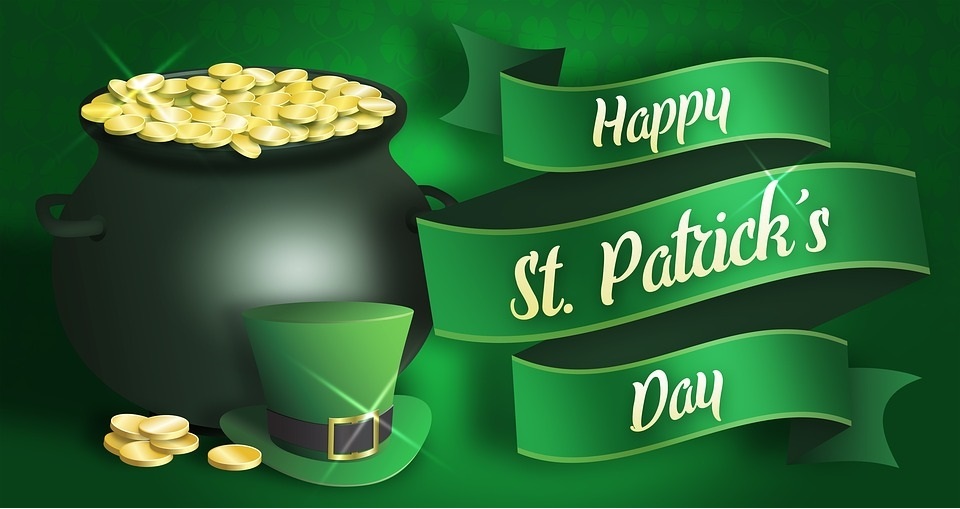 Happy St. Patrick's Day! As you know, St. Patrick's Day can mean many things to many different people. At its heart, the day is to honor the death of Saint Patrick, one of the most important figures in Irish history. More recently, we've come to associate the holiday with a celebration of Irish culture in general.

Of course, Irish culture has plenty of heroes to celebrate beyond Patrick. Take, for instance Saint Brigit of Kildare. Like Patrick, Brigit is a patron saint of Ireland, and she lived around the same time. Her name is less well known outside Ireland, but on a day given to celebrating all things Irish, her story is well worth remembering.

The history of Saint Patrick is primarily rooted in two letters written by Patrick himself. Unfortunately, most of what we know of Brigit comes from legends and stories, some created hundreds of years after her death. What most of the stories agree on, though, is that Brigit was born sometime in the 450s.  Her father was probably a chieftain named Dubthach. Her mother was Dubthach's slave meaning Brigit was born into slavery. The parallels to Patrick are interesting, because Patrick was also a slave for many years.

From an early age, Brigit showed amazing tenderness to those who had less than her. She never passed up an opportunity to feed, heal, or comfort the poor. Some stories claim she could replenish or multiply food by praying to God. Other stories, less overtly religious but just as interesting, tell of the time when she gave away the household's entire store of butter. Furious, Dubthach tried to sell her to the King of Leinster. While her father bartered, Brigit gave away his jeweled sword to a beggar so he could sell it to buy food. When the King saw this, he took it as a sign that she was holy, and commanded Dubthach to set her free.

As she grew older, Brigit decided to devote her life to charity and to the Christian Church rather than seek marriage. She founded a monastery at Kildare, and did much to enable Christian women in Ireland the ability to worship according to their faith. Soon, she had transformed KIldare into one of the most important monasteries in Ireland. Pilgrims from all over the island, and perhaps all of Europe, came to seek her out. She even started an art school!

From her humble roots, Brigit had risen to become one of the most influential women in Irish history.

But even as her fame grew, she still found time to help the poor. One story in particular tells what kind of person she was:

A nobleman once asked a woman to keep a piece of jewelry safe for him. When he returned, the woman gave him the jewelry back, only for the nobleman to secretly throw it into the sea. He accused her of stealing the jewelry, knowing that she would become his slave if convicted. Believing the woman's side of the story, Brigit allowed the woman to seek refuge in her monastery.

A short time later, a fisherman caught a fish, cut it open, and found it had swallowed the jewelry. The nobleman admitted his deceit, and vowed to serve Brigit from that point on.

It is very likely that Brigit and Patrick knew each other. Some accounts even claim they were close friends. One of the earliest books about Patrick said, "Between Saint Patrick and Brigit, the pillars of the Irish people, there was so great a friendship of charity that they had but one heart and one mind. Through him and through her. Christ performed many great works."

Brigit died in around 525, leaving behind a legacy of compassion, charity, and devotion to service.

St. Patrick's Day is a day for fun and games, for green clothes and leprechauns, corned beef and parades. But it's also a day for celebrating the people and culture of Ireland. There are so many interesting stories and heroes to choose from! But high in anyone's list would be the story of Brigit of Kildare, one of the most important women in Ireland's history.

On behalf of all of us here at Stratos, I hope you have a Happy St. Patrick's Day!