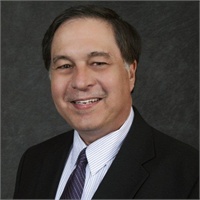 Jim Lupica is Managing Partner of Stratos Wealth Partners a firm that he helped co-found with CEO Jeff Conception in October 2008.  Today, Stratos specializes in the practice and performance of financial planning and implementation services.  The firm has a national network of distinguished, experienced financial planning practitioners spread through over 90 branch offices across the country. As the managing partner of Stratos Wealth Partners Jim’s responsibilities include Branch Manager of the Akron, Hudson, and Westlake, Ohio offices as well as the Ft. Myers, Florida office.  Jim is responsible for the acquisition, development and coaching of the firm’s expanding number of affiliated advisors from across the nation.

Prior to starting Stratos Wealth Partners, Jim spent 36 years in various management roles throughout the financial services industry. Jim started his career in 1973 as a stockbroker at Paine Webber which led to him becoming Vice President & Sales Manager of the Cleveland Office. He then spent 10 years as Managing Partner of Kidder Peabody’s Cleveland Office. Most recently, Jim was Managing Director for Wachovia Securities and managed the Akron Complex which included six offices with over 75 employees.

Jim earned his Bachelor of Business Administration from Evangel University in Springfield, Missouri and an MBA from Baldwin-Wallace College.  He has also completed specialized securities industry training at The Wharton School of Management.

Jim has been very active in his local community serving on the board of Celebration Church, formerly Evangel Temple, in Akron, Ohio. As a member of the Executive Board of Evangel University in Springfield, Missouri, he has served in various board positions for 18 of the last 28 years. Jim has also served in various board positions, including a member of the founding board in 1973, of Emerge Ministries, a Christian counselling center located in Akron, Ohio. In addition, Jim and his wife Sandy have also been heavily involved with Royal Family Kids, a national organization that specializes in week long residential camps for children who have dealt with abuse and neglect. Jim has also been involved with fundraising efforts and board position with The Echo Hills Homeowners Association, Akron Symphony, Western Reserve Historical Society and Parma Bethel Temple.

Jim resides in Broadview Hts, Ohio with his wife, Sandy. When they are not volunteering they are travelling to visit their four adult children and eight grandchildren currently spread out over four states and three time zones.